We have been serving satisfied customers since 1967! 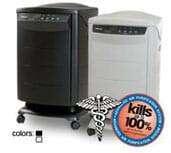 
The Healthway Deodorizer comes with two levels of sanitizing:

Supplied Standard: With the use of the 12-volt cigarette adapter, the deodorizer can be used in automobiles, campers, and recreation vehicles. Just plug the cigarette adapter into a receptacle.

Automatic 24-Hour Timer Dial: A 24-hour clock based on military time that can be conveniently set in 15-minute increments to go off in an unoccupied area to deodorize or disinfect.

CAUTION: Recommended to be used in unoccupied areas when set to disinfect.

The Dyson DC15 (The Ball™) works very differently from traditional upright vacuum cleaners, by replacing conventional wheels with a ball.

Traditional upright vacuum cleaners can be heavy, unwieldy and difficult to steer, making cleaning your home something of a workout. Dyson's team of engineers and designers realized this problem so they went about designing a vacuum cleaner that was designed to move and make cleaning less effort.

Because The Ball™ can tilt and pivot (unlike conventional wheels), a simple turn of the wrist allows you to steer through a wide arc, making it easy to maneuver around furniture and obstacles.

Please visit the following links for more information all the many products we offer. 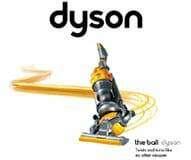